Even before the age of the internet, you could always tell which young girls and boys were going to grow up to be engineers. They were the ones disassembling all the clocks, radios, and other electrical gadgets in their houses, vexing their parents. They were the ones building the earliest computers in their basements, with no other goal than to see if they could make the thing work – and then see if they could make it work faster.

In the current technology era, you can identify many future cybersecurity experts in much the same way. They are the ones who are figuring out how to disrupt traditional systems, to slip unnoticed into networks or to create new pathways for information. In other words, they are hackers. 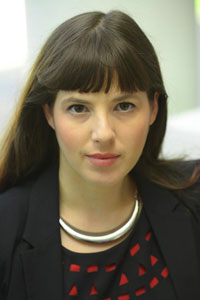 Obviously not all hackers choose to use their craft for positive purposes. However, those who do provide a set of cybersecurity skills that are unmatched for their ability to solve problems, eliminate vulnerabilities, and prevent threats from becoming catastrophes.

Keren Elazari understands this perspective much better than most. From a young age she saw herself as a hacker who uses her role to create better systems and improve outcomes. Throughout her career she has brought her hacker point of view to bear on strengthening network security for dozens of organizations, based on the premise that hackers can identify vulnerabilities and solve tech problems better than anyone else.

Today, as a cybersecurity analyst, author, and researcher, Elazari has built an impressive roster of accomplishments. In her 2014 TED talk, “Hackers are the Immune System of the Internet”, she shares her point of view about the vital necessity of working with hackers to build up the strongest possible cyber defenses. One of the most-watched TED talks on the subject, it helped shape the global conversation about the role of hackers and the evolution of cybersecurity in the information age. 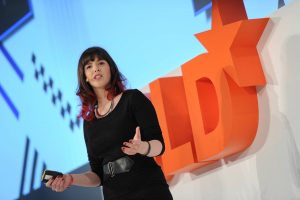 In September, Elazari will deliver a keynote address during a General Session at Global Security Exchange Plus (GSX+). This event brings together professionals from cyber, operational, and physical security – three disciplines which have merged to become inseparable. In her session, Elazari will present the hacker’s point of view in making a compelling case for why cybersecurity is now fundamental to our way of life.

While hackers are typically thought of and depicted in the media as breaking into a network from a remote location, in fact the reality is quite different. Today, very often a network breach begins with a physical breach. Using social engineering, picking a lock, or otherwise breaking into a facility can be the fastest and easiest way for a cyber criminal to get easy access to the network. Once inside, they can steal a laptop or other device, or slip into a server room and simply plug in.

For this reason, physical security has become more important than ever before. While this discipline has always been fundamental to protecting an organization and its people from workplace violence, theft, vandalism, and other risk, now it is also a critical cybersecurity measure. 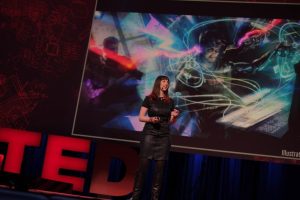 The opposite perspective is also true; a cyber breach can be the first step in engineering a physical break-in. Using a vulnerable entry point – which in the IoT world could be a Wi-Fi camera or something as esoteric as a smart fish tank or a gas pump – criminals can disarm alarm systems and electronic locks, making it easy to walk into a facility and commit theft or other crimes. Worse, all these IoT devices can be hijacked to become digital assets in wide-scale criminal activity.

ASIS International, who produces GSX+, has been a pioneer in recognizing the merging of physical and cybersecurity. Bringing speakers like Keren Elazari to the forefront each year has helped both physical security professionals and cybersecurity experts better understand how neither can properly function without the other. It is the responsibility of every citizen, consumer, and business owner to ensure that correct security protocols are in place at all times. As every hacker knows, it takes only the slightest crack in the cyber armor to enable a devastating attack. Read more details about Elazari’s session as well as other cybersecurity education and training available with GSX+.