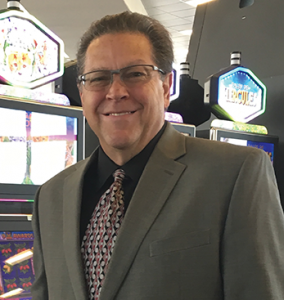 Douglas Florence, CPP, has made countless industry contacts over his 36 years as a member of ASIS International, but some of the most lasting—and unlikely—networking experiences have taken place at ASIS’s annual security event, Global Security Exchange (GSX).

Florence says while the education events at the annual event are unparalleled, the connections he makes during GSX can be just as impactful—and those great connections are made not only in education sessions and networking events, but on the trade show floor as well.

Florence reflects fondly on the many ASIS events over the years, but one that sticks out the most took place during last year’s GSX in Las Vegas. The U.S.
Department of Commerce (DoC) had reached out to ASIS about creating vertical-specific connections—in this case, with the gaming and hospitality market, due to the event’s prime location, Florence notes. At the last minute, the department announced that a contingent of about 50 security leaders from Brazil was to attend GSX as a part of the program, and Florence was involved in showing the delegates what Las Vegas had to offer.

“We were able to facilitate a tour for a group of security leaders and DoC representatives from Brazil, and we took them to The Flamingo Hotel and Casino where they could see the unique surveillance operations,” Florence says.

But when it came to the highly-anticipated preconference motorcycle ride hosted by the ASIS Las Vegas chapter, the visitors from Brazil were unable to attend. So, the week after GSX, Florence took about a dozen delegates out for a motorcycle trip along the same route.

“It was great, and a valuable networking opportunity because we got to spend some quality time with this group of international security executives,” Florence recalls. “We still talked about security, but we were in an environment doing something that we enjoy. Riding motorcycles with this group out of Brazil, seeing the joy that riding through the deserts of southern Nevada brought to them, and then learning a little more about Brazil and some of the issues they were facing as security executives—it was unforgettable.”