A combination of Internet of Things (IoT) technology, holistic urban development models, and more widespread and reliable connectivity have evolved the concept of smart cities from a futuristic ideal to a series of real-life initiatives that have already been adopted by municipalities across the world. Smart cities, which rely on IoT sensors to collect and analyze data, provide a world of opportunity to create more intuitive, efficient, and sustainable solutions to urban living. Security plays a large role in smart cities, and the industry is approaching the initiative as a way to revolutionize what safety looks like in urban environments.

Donald Zoufal, CPP, founder and CEO of Crowz Nest Consulting and ASIS International Security Applied Sciences Council chair, says the city of Dubai was an early adopter of the smart city approach and has lead the way in integrating innovative security technology such as robotic police officers, roadway safety lighting, and advanced surveillance.

“Dubai is in the lead, internationally, of understanding the capabilities of technology for cities,” Zoufal says. “In the United States, Chicago has done some interesting things to utilize technology to make the city safer.”

He points to Chicago’s strategic decision support centers, where law enforcement and data analysts work side-by-side to reduce gun violence using technology such as a citywide network of cameras, acoustic sensoring to detect gunshots, and computer-aided 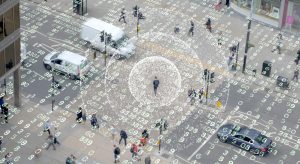 officer dispatches to close the response time for violent crime.

“The city seems to be showing some significant benefits from the implementation of this approach—statically, where these support centers have been deployed, there’s been a drop in violent crime,” Zoufal notes. “Chicago is a concrete U.S.-based example of the kind of multisensory world that we find ourselves in, in terms of the technology available to provide security and other services.”

A key component of the initiative to build safer, more connected cities is the seamless integration of advanced technology and connectivity into citizens’ everyday lives. But one aspect of smart cities has recently come under closer public scrutiny: facial recognition technology. Biometric matching technology is not new to the security industry—it’s been used for years in access control and other identification applications—but Zoufal says what’s novel today is the ability to use facial recognition in real time to gather information and relate it to individuals.

“People are realizing the amount of data that is being collected about them because of IoT—all the sensors out there in environment,” Zoufal explains. “The concept behind smart cities is tapping into all that information and data so we can deliver services more effectively, look for problems, and assess environments more accurately. All those are great things, but they create this digital footprint, this data that can be related to individuals.”

Zoufal acknowledges that there are problematic ways in which facial recognition technology is being used but says it’s all about the context—biometrics are frequently used in more traditional security applications without encroaching on privacy, as is frequently seen in the exhibit hall at Global Security Exchange (GSX)—an annu 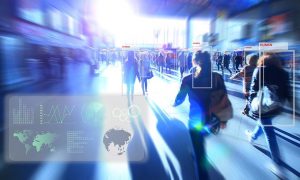 “There are some clear use cases where everyone can agree that facial recognition is extraordinarily useful technology,” Zoufal says. “You can use it as access control in a security context—rather than using fingerprints, we’re using a facial match to grant or deny access. I don’t think that’s particularly controversial for most people.”

Zoufal points out that airports are continuously developing biometric identification programs to expedite the passenger journey—a model that follows the smart city initiative principles of seamless integration and security.

“The vision for airports is that once you get a ticket for a flight, your face will become your token for travel,” Zoufal explains. “If I registered for the program, my face is matched to the picture in my passport, so the bag drop can recognize my face and give my bag to me, or I can go to the security checkpoint and be recognized without having to show my passport. And at the gate they’ll let me on the aircraft using facial recognition. Those systems are already being piloted in U.S. airports and powered by facial recognition.”

Privacy and transparency issues emerge, though, when facial recognition is used for general surveillance and identifying people of interest, Zoufal notes—and that’s an issue that goes beyond the use of the technology by law enforcement, as discussed during the congressional hearing and outlawed in San Francisco.

“The truth of the matter is, facial recognition is already being used extensively in the commercial sector—they use the technology to identify customers and their shopping habits, so they might send you an e-coupon for the products you’ve been seen buying in store,” Zoufal explains. “Some people will be creeped out when they get the coupons, and some will think it’s the greatest thing to get customized promotions.”

The same technology is being used by retailers to identify shoplifters, an application that might be of interest to security professionals but also raises civil rights concerns, Zoufal notes.

“That kind of real-time surveillance on individuals is difficult for some to accept, and I think there are some concerns that are more legitimate,” he says. “Operationally, if you’re going to utilize facial recognition technology in this way, you’re looking for bad people. But if you’re running tens of thousands of photographs through that system on daily basis, what’s the error rate in terms of identifying people? Even at an error rate of .5 percent, you’re still talking about a large number of false IDs. And do you have the ability to respond to all those alerts? That creates operational issues.”

Pairing such data with identities can also cross 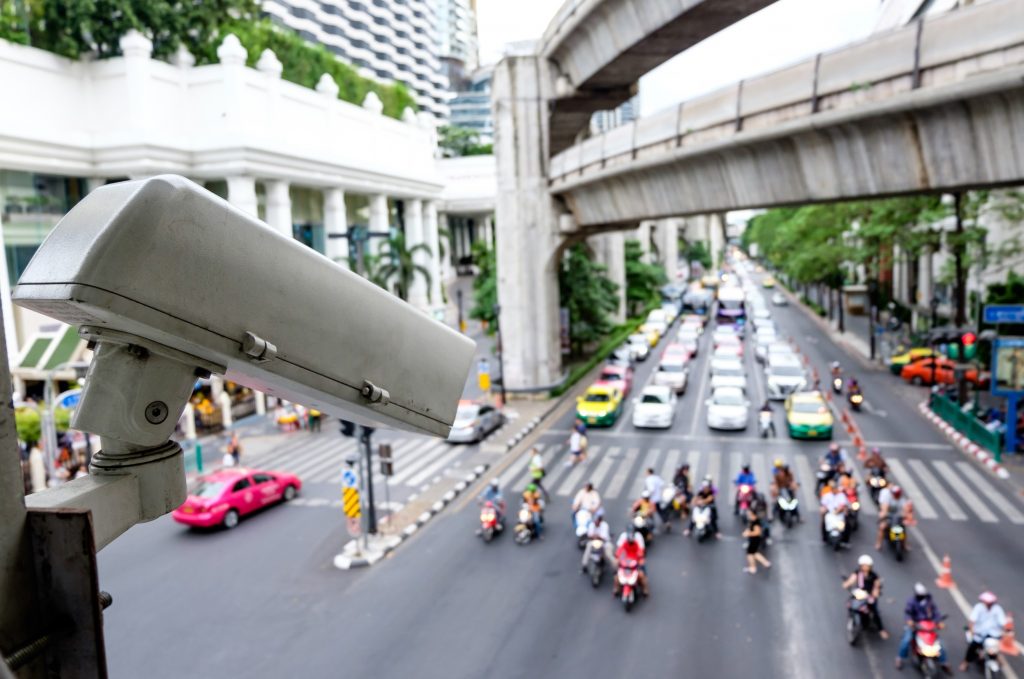 the boundary into personally identifiable information (PII), which creates its own security and privacy challenges.

“When the data is collected and connected to other PII, that data field becomes extremely concerning if it is involved in a breach or used inappropriately,” Zoufal notes. “At the end of the day a lot of this is about data and making sure you have good policies and procedures around governance for the use of that data collection, maintenance, and disposal.”

Zoufal plans to discuss the balance between technology and privacy at GSX this September during his session, Secure and Safe Cities: Emerging Technologies and the Law. These concepts are being exposed by smart cities in a new light but are ideas that security professionals should always take seriously, he notes.

“As we’re looking at these new and different technologies and collecting and analyzing this information, I think security professionals truly want to participate in the conversation—this information becomes extremely valuable, not just for commercial purposes but for security services as well,” Zoufal says. “The real issue is making sure that you’re attuned to the fact that we’re becoming a more data-driven world, and security has to become a more data-driven profession, but with the ability to access and use data comes the responsibility to make sure we’re doing it in an appropriate fashion.”

To hear Zoufal and other experts speak on these topics and to meet with reputable companies who supply facial recognition and surveillance technology, register for GSX at www.gsx.org.